aQuery is jQuery. Well, kind of.#

aQuery is spawned out of jQuery, and is identical to it in almost every aspect. If you use jQuery, you already know how to use Ampify's aQuery

As described in 'How Ampify Works', aQuery is used by the Ampify converter as 'instructions' for how it should recreate dynamic behaiviors in the AMP site. The aQuery code is fed to the conversion algorithm together with the source page html, and it's used for two things: (1) Providing 'instructions' to the converter, and (2) Manipulating the DOM elements (if needed):

1) Provide 'instructions' to the converter:#

Let's say that we have a hamburger icon that needs to open a menu. Normally we would develop in AMP in order to do that. This is how it's done with aQuery:

What's the difference between jQuery and aQuery?# 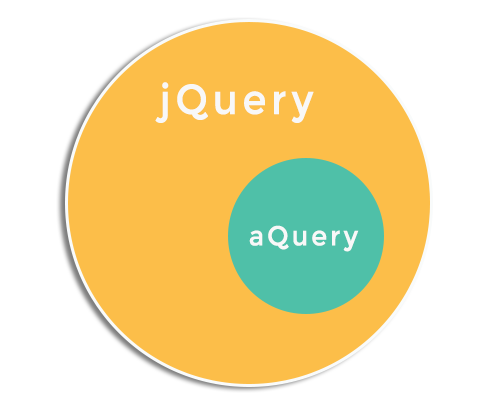 Many times we'll need to add hints to source code elemnets, add CSS attributes to elements, or manipulate elements to be processed correctly by the converter. In these cases, there's no 'instruction' that's being conveyed to the converter, and no aQuery is used - only jQuery. Here are a few examples: